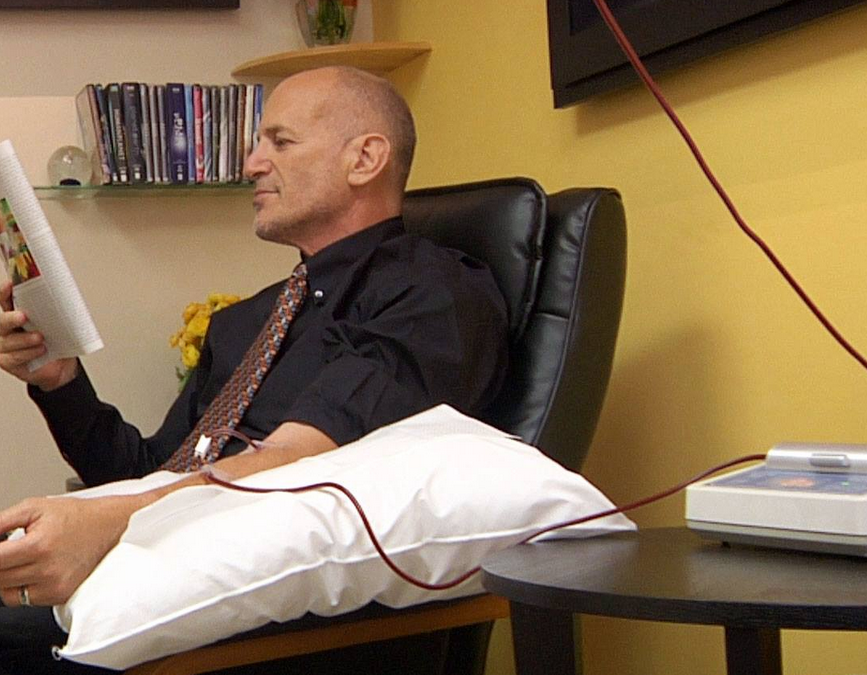 Ultraviolet Blood Irradiation Therapy has been shown to have a positive effect on over 60 diseases including:
respiratory problems, viral and bacterial infections, circulatory conditions and general inflammation. Dr. Thompson has seen firsthand the significant results of this treatment and now it is available at our office with two different technologies being used!

What are the benefits on UBI?

Benefits of UBI Therapy include increased blood oxygen level and white blood cell activity. This response is partly responsible for why the therapy can be effective in treating both viral and bacterial infections. Additionally, UBI also creates balance in the body’s alkalinity, activates steroid hormones, accelerates the lymphatic system and positively stimulates the autonomic nervous system and immune system.

What is the procedure?

A small amount of blood is drawn from the patient, much like donating blood. The blood is circulated through a machine exposing it to ultraviolet light using two different UV wave lengths are red, green, yellow, and blue lights and the blood is then returned to the patient in a sterile, closed-loop system. During MAH procedure Ozone is added to blood which also kills viruses and stimulates immune responses. Bacterial and viral cells absorb about five times as much photonic light energy as their healthy counterparts and are killed off while healthy cells remain intact and the blood gains oxygen. When the blood is reintroduced containing the weakened or dead pathogen, the body can react similarly to the way it understands a vaccine. Immune response increases against the specific virus or bacteria that was in the blood more rapidly, and we often see accelerated rapid improvements in the patient’s symptoms and health, especially where there is any infectious illness.

How many treatments do I need?

The amount of treatment needed is determined by variables such as the state of health of the patient’s immune system, length of time the patient has been ill, and the severity of the disease being treated. Acute infectious situations typically will be treated with one treatment daily until improved or resolved.  Chronic situations are treated on variable schedule, but a typical pattern of treatment would be one treatment two times per week for three weeks, and then one treatment weekly for four weeks, and then every 2-4 weeks or months as needed.